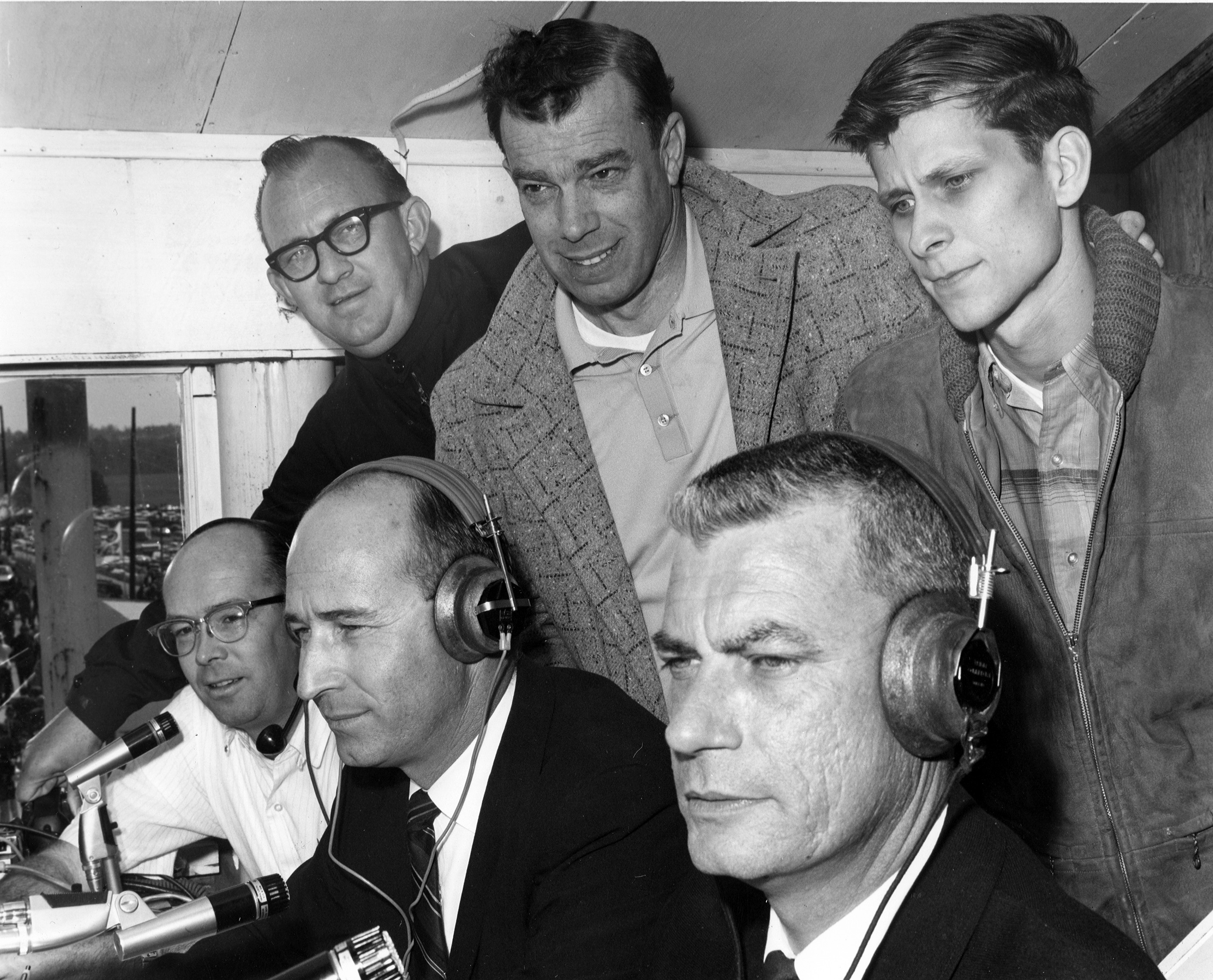 Hank Schoolfield (seated, center) announces a race on the Universal Racing Network. Jerry Perryman is on the left and Bob Montgomery on the right. Standing behind Perryman is Hal Hamrick.

Schoolfield, a native of Reidsville, NC, worked for a number of years as track publicist for North Wilkesboro Speedway and Bowman Gray Stadium. He and Bob Montgomery, a race announcer from Greensboro, NC, formed the Universal Racing Network at a time when the only Sunday races on the radio were local broadcasts of Atlanta, Darlington, and Daytona. "We went from 40-some stations for our first race to over 300," Schoolfield recalled. The tapes cover races from 1964-1982, as well as recordings of the weekly radio show "Southern MotoRacing Round-Up in 1966-1967.

Most of these races can be streamed directly to your device. Just click on the race from the lists at the top of the page that you are interested in. Some platforms work better than others. Google Chrome and Microsoft Edge seem to be the best. If you cannot load a race, you can download it directly to your computer..